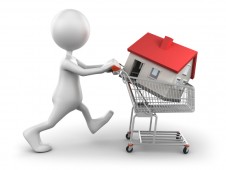 Employment’s steady improvement in addition to low mortgage rates contribute to the continued increase in home sales across the U.S. in July 2013.

According to the Augusta Chronicle, July home sales jumped to 5.4 million – an increase of 6.5 percent. A healthy market is said to be between 5 million and 5.5 million. Over the last year, sales have increased more than 17 percent, indicating that the housing market is steadily improving.

Although mortgage rates have increased over the last year, they are still historically low at 4.4 percent and they have not hindered the housing market’s continual improvement. Other positive contributors are low foreclosure sales (15 percent) and low investor purchases (16 percent). Both indicate a return to a normal and healthy housing market. The only troubling detail is that first-time home buyers have not yet returned to the market, which would give it another big boost.

While analysts anticipate a small decline in the next few months due to mortgage rate increases, overall the housing market is on track to be healthy and encouraging.