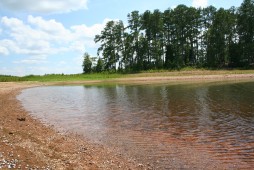 Out here in Columbia and Lincoln counties, we’ve all had one thing weighing on our minds recently – the lake.

“On November 26, Clark’s Hill Lake fell to 15 feet below full pool. This means we will now be balancing Hartwell and Thurmond by the percentage remaining in the conservation pool as opposed to a foot-for-foot decline,” said Colonel Jeff Hall, commander of the Savannah District of the Corps of Engineers, in The Lincoln Journal last Thursday. “The reason for this is simple. Currently, Thurmond’s remaining conservation pool depth is a mere three feet of water.”

This measurement is disconcerting for many reasons. The low levels of the lake have beached about 60 percent of docks as well as caused Wildwood Park to close its boat ramps until the water level rises. A more pressing concern is that Thurmond Lake is also one of two suppliers used by Columbia and Lincoln counties to provide quality drinking water.

However, the Corps has a backup plan should the intake pipes at the lake be rendered useless, according to The Columbia County News-Times. Although it has never been used, the plan involves using a floating platform that can be moved to deep water to continue to pipe water back to the treatment plant.

“We wouldn’t pull the trigger to do this until later March, when the chances of winter rains are pretty much gone,” said Bill Clayton, director of water utilities for Columbia County. “But we’re ready if we need to.”

Initially, climatologists were predicting that a weak El Niño system would bring above-average rainfall to our area this winter. However, the Climate Prediction Center has dropped that outlook. The rainfall deficit in the Augusta currently measures 27.99 inches over the last two years – the driest period ever recorded, according to the News-Times.

There is some good news, though. Since last month, the Corps has been gradually decreasing outflows at Thurmond Lake from 3,800 cubic feet per second to 3,100 cubic feet per second as a result of Drought Level 3, and the decreased flow rate will continue through at least January 2013, according to The Lincoln Journal. Due to the dreary prediction of a drier winter than originally expected, Col. Hall has authorized the water release rate to remain at the Drought Level 3 flows until the reservoirs return to full summer pool. Hopefully sooner rather than later.