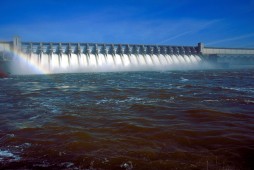 With the recent rains keeping Thurmond Lake well above full pool, the Corps of Engineers is taking advantage of the situation and conducting a test of the dam’s emergency spillway gates on July 11th, according to the Augusta Chronicle.

The dam’s emergency gates will be opened from 1:30 to 4:00 p.m. on July 11, 2013 for testing purposes. You can view the spectacular waterfalls from the Below Dam South Carolina Park. Also, be careful to steer clear of the dam when boating or fishing throughout the day.

The level of the lake should only be minimally affected by the temporary outflow, according to the Corps. The emergency spillway gates were most recently used when the lake rose five feet above full pool in February 1998. The last time the gates were tested was in March 2007.

For more information, read this article from the Augusta Chronicle.