Thurmond Dam. How it works, it’s magnificence and why they don’t pre-release water.

Posted on September 17, 2018 by Christie DeFoor 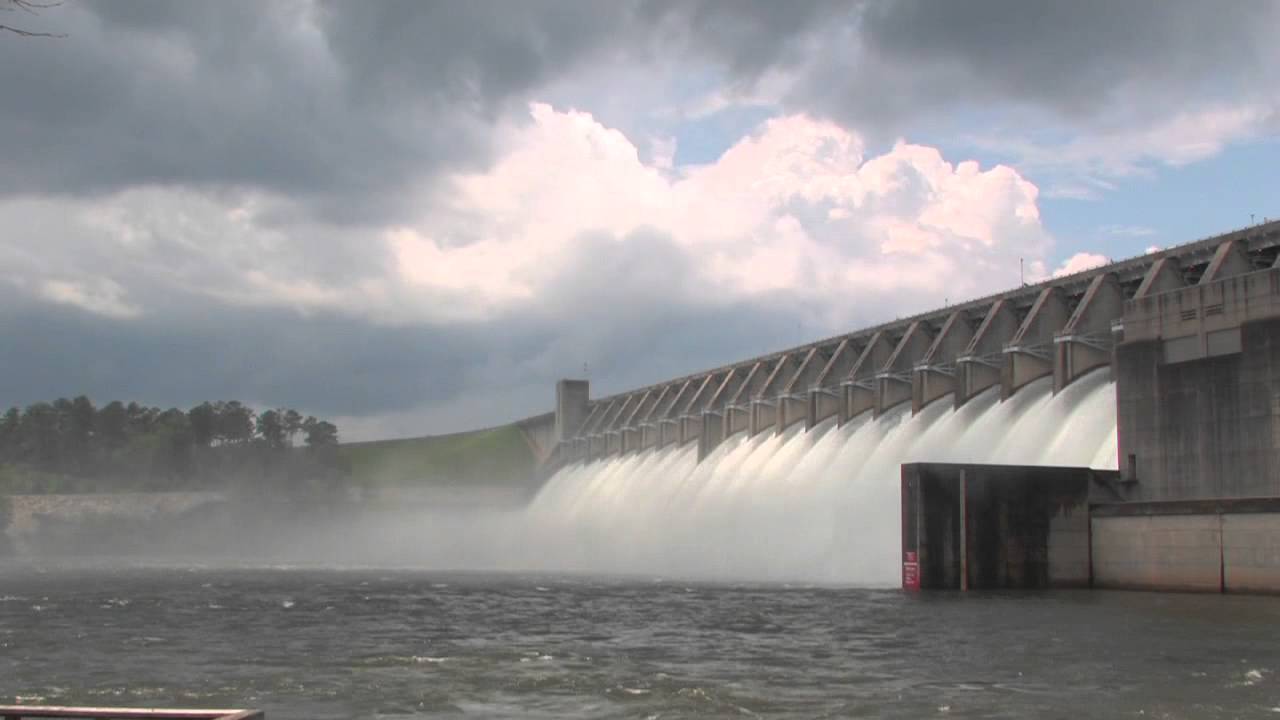 With all the attention that Hurricane Florence has brought to rain fall, the corps has taken the time to explain a little bit why they don’t pre-release water and they explain about how the dam works.

Savannah District Commander: Our system is a magnificent design 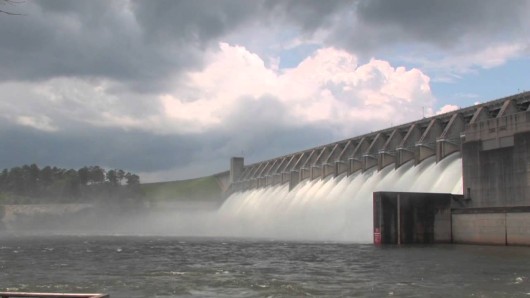 Posted on September 14, 2018 by US Army Corps of Engineers Savannah District

We are always grateful for an opportunity to explain how we operate the dams and reservoirs on the Savannah River. The Augusta Chronicle editorial staff has given us one such opportunity based on their Sept. 13 article in their explanation of why we don’t pre-release water from Thurmond Dam in anticipation of Hurricane Florence.

They are correct to report we do not make pre-releases in response to forecasted weather. Part of the reason for this is the lack of precision in weather forecasts.  So our engineers incorporated the unreliability of forecasts into the design of the Hartwell, Russell and Thurmond dams and reservoirs.

And it is truly a magnificent design.

All three dams work together as a system to manage more than 10,000 square miles of drainage basin. When one sub-basin receives disproportionate rainfall, or deficits, the others are able to absorb or re-distribute the impact throughout the entire system.

And this leads to a very important point: geographically speaking Hartwell, Russell and Thurmond are separate reservoirs, but functionally they operate as one system with the ability to move water among them.

Also, the above-mentioned editorial stated that all three of our reservoirs are nearly full, and Florence is large enough to bring rain over the entire upper basin.

But here again the beauty of the way the system is designed affords us ample storage without needlessly releasing water. This is due to the added flood-storage capacity our engineers designed into each reservoir.

All three reservoirs have an additional buffer zone of five feet. This flood storage area provides more than 823,000 acre feet of additional storage.

In simpler terms, we have so much storage capacity available right now that it is nearly equal to the amount of water currently in the Russell reservoir; that’s 23,653 acres of surface area from the dirt to the wave tops. So we have another whole lake’s worth of storage capacity ready to capture Florence rainfall, and gradually pass it downstream.

Furthermore, given recent forecasts, the most significant rainfall projection our river basin could expect is between 4 and 9 inches of rainfall from Florence over a five-day period. This is well within the capability of our system to safely manage.

But that forecast was off.

And, given the context of the plaguing droughts over the last decade, it’s a cause for celebration we don’t need to release in advance of rain we might not receive. The current forecast now predicts the reservoirs will only receive between 2 to 3 inches over the next five days.

This forecast is more accurate due to the current proximity of Florence. If we had pre-released water to make room for 9 inches of rainfall, the reservoir levels would now be on the margins of drought conditions at the beginning of the dry season.

Thankfully, our network of dams and reservoirs were designed by some of the best engineers who had the foresight to calculate for the pendulum swings of intense wet periods and prolonged dry periods.

Because of this magnificent design, our stakeholders have a reliable source of water during droughts, while remaining secure from flood risk during storms like Florence.