The Alligator Has Been Captured 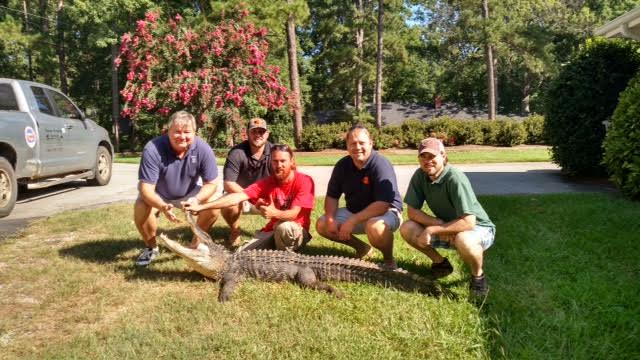 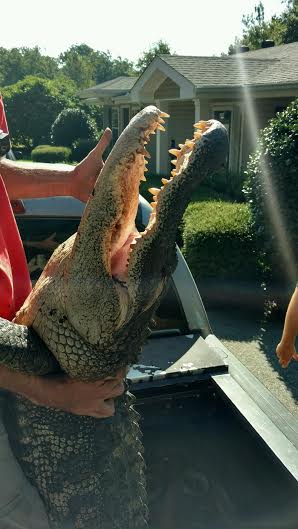 The alligator that lived in Northern Columbia County near the lake has been caught.  We had an overwhelming response to the photos that we posted on Facebook, so we wanted to provide more information and details to answer some of the questions that came up.

The 8’3” alligator was caught by Hookers Trapping Service, a company out of Appling on Friday.  This was not the first attempt to catch the gator.  Hooker had been trying to catch the gator for a little while.  He set up traps in the pond.  The traps were set up as bait for the alligator to eat.  Finally, last week, the alligator ate two of the traps and was recovered by Hooker from the pond.

The first siting’s of the alligator by our family were about a year ago.  I first saw him myself when I was out taking photos for a couple expecting their first child.  The husband looked out into the pond and said, “I think you have an alligator in your pond.”  I thought he was joking for a second, but sure enough, there it was, swimming around in the middle of the large pond.  Since that time, the alligator could be seen almost every time you went to the pond. 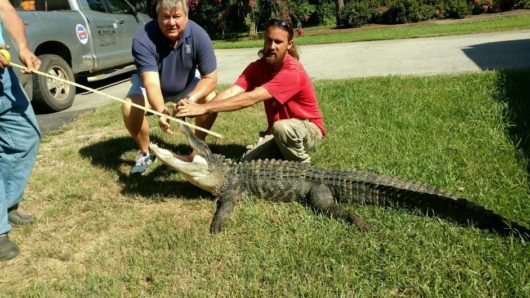 Our family uses the pond for fishing, recreation, gatherings, church activities, parties and more.  At first the gator was something of an attraction.  People wanted to come out to see it.  However, we wanted to be safe and take the proper precautions. John DeFoor contacted a wildlife biologist with the DNR and had someone come out and see what we needed to do.  The first person to come did an evaluation on the gator.  They were looking for several factors to determine the next course of action.  How large is the gator? How aggressive is the gator?  Where is the gator living? The Georgia Wildlife and Resources division will only allow the removal alligators that are larger than four feet. 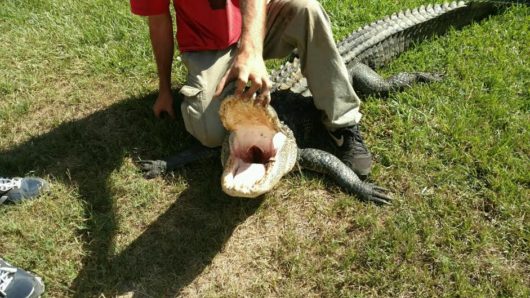 Although we did not want the alligator living in our pond for obvious reasons, at first we were not in a rush to remove him.  However, after the recent events in Florida at Disney World with the toddler being killed by an alligator, we felt it wasn’t smart to allow it to continue to live there.  “This alligator was in a family pond where our grandchildren and many other children go often,” said Lloyd DeFoor, “We also have dogs that play in the water.  It was over eight feet long and could have easily killed a child or a dog, and as interesting as it was to have a gator in the pond, it was not worth the risk.”