Simulation Scheduled. Soon You Can See What the Savannah River Pool Will Look Like in the Future.

Posted on February 1, 2019 by Christie DeFoor 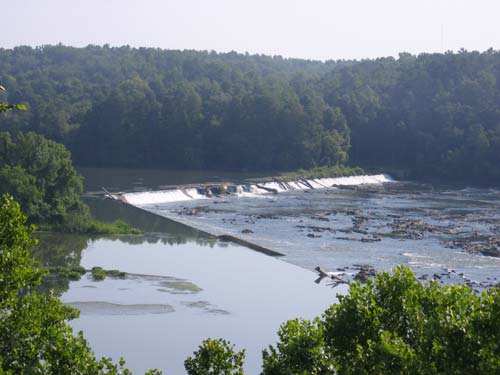 The. U.S. Army Corps of Engineers has scheduled a simulation for February 9th. The simulation, originally scheduled for January, will let them see what the Savannah River pool will be once the New Savannah Bluff Lock and Dam is removed in favor of a rock weir.

The simulation had been delayed because of excessive rainfall and runoff, but now, weather permitting, engineers are confident that the simulation can be conducted safely. Officials expect to achieve their desired water levels on Valentine’s day. It will take them about 5 day before hand to make small adjustments to get it just right, so you may start seeing different levels beginning on the 9th.

The Corp is also going to release their draft report to coincide with the simulated conditions. Corp officials say “the general public will be able to review the report, observe simulated conditions and if desired submit informed comments. Savannah District officials will address each comment in writing, in accordance with the National Environmental Policy Act.” They also plan to hold an interactive workshop in early March.

If you’d like all the details on what the Corp has planned for their simulation, here is the details from the blog they released yesterday.

Details on the Simulation

The pool adjustments will simulate the district’s recommended plan to maintain the function of the pool behind the current structure. Alternative 2-6d consists of removal of the current lock and dam and construction of a fixed crest weir with in channel fish passage and a floodplain bench. The fixed weir is expected to decrease the water level about 1 to 2 feet at the 5th Street Bridge gauge during average flow conditions in the downtown Augusta area.

It’s important to note that due to increased rainfall since November, river flows have been three to four times greater than average flow volumes causing the water level to remain about a foot above normal levels. Local residents may be accustomed to seeing water levels that are higher than normal for the last three months. Because of this the simulation may appear more dramatic than when compared to what is typically observed in downtown Augusta between June and October.

The simulation will also enable engineers to compare computer model projections of shoreline and depth with observed conditions of the simulation. The Corps created a Shoreline Mapping webpage where users can view Savannah District’s model projections of depth and shoreline at a river flow of 5,000 cubic feet per second, which is the low end of average flows. See the web tool here: http://water.sas.usace.army.mil/nsbld.

The recommended fish passage is an environmental mitigation feature of the Savannah Harbor Expansion Project, and is required mitigation in accordance with the Endangered Species Act. It is among the final seven proposed alternatives and refinements that the Corps studied under the direction of the Water Infrastructure Improvements for the Nation (WIIN) Act of 2016 to provide a means for certain endangered fish to move upstream of the lock and dam to traditional spawning grounds.

The study is scheduled for completion in June and the final decision is anticipated in August by the Commanding General of the Corps’ South Atlantic Division.