Refinancing Up, Sales Down 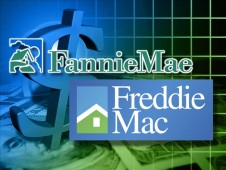 “Cautious optimism” – two words used by The New York Times to adequately describe the real estate industry right now. While Fannie Mae and Freddie Mac are reporting interest rates are at an all-time low and their net incomes are some of the best since the collapse, home sales for June were down a significant 5.6%.

The LA Times reported that Freddie Mac’s 30-year fixed mortgage rates decreased to an unbelievable 3.49% in July. Compare that to 6% in 2006 and a whopping 10% in 1990. A direct result of the Federal Reserve trying to reduce interest rates to induce more people to buy homes, the lower interest rates are leading many to refinance their current homes, but not as many are taking out new loans. Home sales were down by 5.6% in June despite extremely low interest rates and increase in sale prices. The decline in home sales could be attributed to a number of problems, including the fact that the low 3.49% interest rate is only available to those qualifying with untainted credit histories and steady incomes.

However, both Fannie Mae and Freddie Mac posted positive second-quarter reports, with Fannie Mae’s net income at $5.1 billion and Freddie Mac’s at $3 billion. Both have increased their net income significantly since the first quarter and have not needed federal assistance. In fact, they have repaid $46 billion of the $190 billion of federal assistance they have received since the housing crisis in 2008.

“It’s too early to declare a national housing recovery,” said Timothy Mayopoulos, Fannie Mae’s CEO. “In the longer term, we’re encouraged by what we see, but it’s going to be driven by factors that are bigger than we are.”

And so we will continue to practice “cautious optimism” in the hopes that the housing market will return to prosperity sooner rather than later.