Live a Life of Luxury at Thurmond Lake 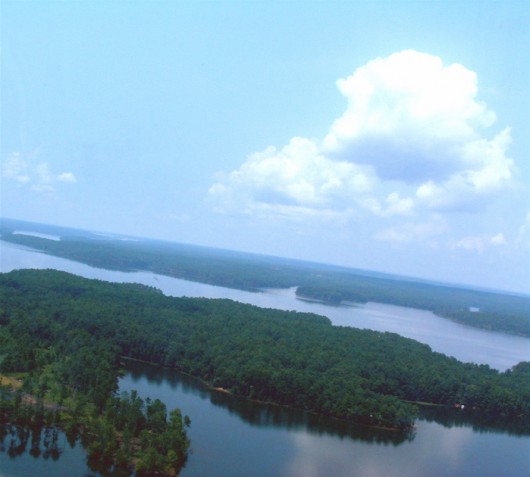 With thousands of miles of water to roam, Thurmond Lake enables you to enjoy privacy and relaxation without sacrificing recreational convenience, making it the perfect location for a weekend getaway.

Built by the U.S. Army Corps of Engineers in 1954, Thurmond Lake is the second largest man-made lake east of the Mississippi River. Almost twice the size of Lake Lanier, Thurmond Lake boasts 71,100 acres of water and shorelines extending for 1200 miles. Originally built to facilitate flood control, hydropower and navigation, the lake now also promotes many recreational activities including boating, camping and fishing. The lake is surrounded by 79,900 acres of natural, wooded land limited and maintained by the Corps, creating excellent hunting, hiking and camping conditions. Thurmond Lake can be enjoyed privately from your own home or through the use of the many public parks, marinas and campgrounds that promote recreation, water supply and fish and wildlife management. These activities bring millions of people to Thurmond Lake every year, making it one of the 10 most visited Corps-maintained lakes in the United States.

Thurmond Lake is located only two hours from Atlanta along the Georgia and South Carolina border, following the Savannah River as it flows to the Atlantic Ocean. The lake is controlled by Thurmond Dam, a hydroelectric reservoir located only about 20 miles from Augusta, the second largest city in Georgia. While the dam only generates power during peak seasons when electricity is in exceptional demand, it contributes to incidental flood control and navigation year round. Thurmond Lake is the southern-most of three connected lakes along the Georgia-South Carolina border, completing the 120-mile chain of lakes that comprises Hartwell Lake and Dam, and Richard B. Russell Lake and Dam. Thurmond Lake is bordered by seven different counties: Columbia, Lincoln, McDuffie, Wilkes and Elberton counties in Georgia; McCormick and Abbeville counties in South Carolina. 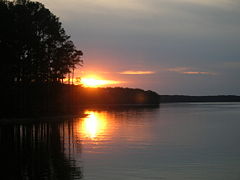 One thought on “Live a Life of Luxury at Thurmond Lake”