Lake Work Rumors Laid to Rest, the Latest Spill on this Years Fill and Other Updates.

FRIENDS OF THE SAVANNAH RIVER

Hartwell’s and Thurmond’s elevations are slightly below summer full pool.  Currently Hartwell is at 659.96 ft-msl and 329.20 ft-msl respectively.  Lake Russell is slightly over its conservation pool at475.29 ft-msl.  As discussed in the April 2nd Balancing the Basin the trend of lower than average rainfall has continued for the first three months of 2014.    In March, Hartwell received about 65% of normal rain and Thurmond received about 83% of normal.  The National Weather Service is predicting the possibility of some significant (upwards of 1.5”) of needed rainfall in the upper basin over the next 5 days.

Output flows from Thurmond have remained high, averaging over 8000 cfs in for the first few days of April.  The April 2nd Declaration shows Hartwell’s releases being reduced to 4550 cfs starting yesterday.  Releases from Thurmond are targeted to be 7450 cfs.  The elevation of Hartwell is expected to remain approximately constant while Thurmond is projected to increase.  The spawning season in the lakes should be beginning over the next several weeks.  The goal is to try to maintain the lakes’ elevations within a 6” of the starting level.  The Corps indicates that it is too early to begin reducing flows for water conservation with rainfall trends at Thurmond just short of average. 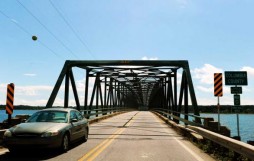 There have been some rumors that the lakes are to be lowered 15 feet to support bridge work.  We have checked this and it is not true.  Representatives of the Corps replied:  “Savannah District water managers have no intention to lower Thurmond Lake 15 feet for any reason at any time in the future. Assuming >80 percent of normal rainfall we will maintain full summer pool (+/- a foot or so for rainfall intensities) throughout the summer.”

The US Drought Monitor shows the GA and SC sides of the SRB in a below normal condition.   The US Seasonal Drought Outlook through the end of June shows an equal chance of above, below or normal precipitation and no additional drought development.  The 6-10 day precipitation outlook shows a 70-80% probability of above average probability.

On Wednesday April 2, SC Representative Don Bowen presented a Concurrent Resolution that has been passed by the SC House of Representatives with the Senate concurring.   This is a follow on to last month’s joint meeting in Atlanta.  The importance of these actions is that the Savannah River Basin Caucus has successfully worked with the legislatures of both states to formally enact and support their goals with common resolutions.

The approved document resolved “that the members of the South Carolina General Assembly, by this resolution , by this resolution join the South Carolina and Georgia Joint Water Caucus in encouraging the appropriate state agencies of both states, in conjunction with the U.S. Army corps of engineers as part of their current study, to explore, develop, and implement a flexible adaptive water management program for the Savannah river Basin that utilizes real-time data and applies lessons learned during recent droughts to define the most practical and conservative reservoir storage rules based on actual conditions and real-time data to ensure continuous optimization of water quality and quantity management of the water resources shared by south Carolina and Georgia throughout the Savannah River Basin.

We were privileged to be invited to also attend the legislature session in Columbia.  The Executive directors of the Lake Hartwell Association (Herb Burnham) and Friends of Lake Keowee (Ben Turetsky) also attended.  An official copy of the resolution was given to all of the lake representatives.

The Savannah River Caucus consisting of both members of the Georgia General Assembly and the South Carolina General Assembly now has the support of both legislatures and the two Governors.  The group is jointly let by Representative Bowen and Representative Alan Powell of Georgia.    They plan to meet in the near future in the North Augusta area to discuss follow-on actions including lake rules and regulations.

As discussed in the last release there has been some confusion on the work on Lake Thurmond.  The work is to repair deep pitting in the Tainter Gates surfaces discovered during the previous repair work.  The work duration is expected to last for two years.

The Corps provided the following additional information: “the communication point was that it should not be a reason to lower the reservoir below full summer pool, but that we have less flexibility during gate work to use the flood storage allocation at Thurmond. Consequentially, we initially began targeting 330.0 during the gate work, but found it was impacting the work beyond what we anticipated.  Therefore we are doing our best to target the highest elevation that doesn’t impact the gate work.”   It appears to the FSRB that this is 4-7” below the 330 ft-msl full pool.

It’s great to see all of the additional fishing and boating on the Lakes with the higher elevations.  Stay safe out there and enjoy the beauty of the entire Savannah River Basin.