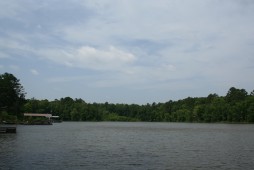 Both large lakes remain over full pool.  Hartwell is at 662.10 ft-msl and Thurmond is at 330.12 ft-msl at Thurmond.   Lake Russell is slightly below full pool at 474.70 ft-msl.  The latest Corps Declaration (8/28) calls for releases to be decreased from the lakes as the flood control capacity is regained.  Releases from Hartwell are projected to be slightly over 8700 cfs with no generation over the weekends and drop to 6460 cfs through September 6th.  Releases from Thurmond are projected to remain at slightly over 15,000 cfs dropping to slightly over 5200 cfs the first week in September.  These releases mark the first time in quite a while that the releases are approaching the normal range.

The Corps indicates that they expect the lakes will be 6″ above the guide curve in October.  In the fall they will make a call based on future NOAA and other predictions.  They will hedge on the high side.

NOAA recently provided a discussion of the current conditions and a look ahead of the fall and winter conditions.  The last 14 days have been above normal in central parts of GA and center part of SRB.  It was fortunate that the rain was spread out and even.  The 60 day summary showed a large departure from normal.  If this rain had occurred in winter it would have resulted in significant instead of minor flooding in the lower river.  For large amounts of precipitation this was a good time of year for it to occur where evapotranspiration and plants compete for the water.   The South East has seen a very unusual amount of rain this year.  Atlanta so far is on a pace to have the wettest year ever.  Since May 1, it is already the 2nd wettest in 84 years.  The January to April 2013 period had normal rain for that time of year.   NOAA didn’t expect it to continue over the summer months.  Closer to the SRB, the Greenville-Spartanburg area has experienced above normal precipitation from January to the end of April.  In 51 years of data, this year has been the wettest year ever.  July precipitation was the wettest in 119 years.  GA was 118% above normal and SC was 116% above normal.  NOAA feels the odds of this happening again are very unlikely.

The SRB weather was caused by a jet stream trough in eastern U.S. that stayed in place with a ridge to west and east.  This led to unstable conditions in the SE and the precipitation pattern. NOAA expects near term precipitation over the SRB but not to the extent as earlier in year.  It will be in the form of pop up type of thunderstorms with more dry days than wet days.   The 30 day outlook projects the top of basin to be still above normal but shifting towards Ohio.

The hurricane season is off to a slow start with 6 tropical storms and no hurricanes.  Interestingly, the high pressure that stayed to east causing our precipitation pattern also has made it less likely to get tropical storms.  However the real driver has been the Saharan dust layer that has inhibited storms off Africa.

The status remains at several weeks.   Host servers have been updated but must comply with the current Army security program.  The estimate still remains at “several weeks”.

We have been reporting for years that the Corps, SC, and GA need to update the management plan, particularly during droughts. We have received word that the Phase 2 Comprehensive Study Comp Study has received the required Army Head Quarters approvals.  The official signing is scheduled for around mid-September.  We will keep you posted!

We hope all of you had the opportunity to safely enjoy our full pool lakes over the Labor Day holiday.  As Scott Hyatt Thurmond Project Head commented it is one of only a handful of Labor Days where the lake has been at full pool.