Below is the latest report from the Friends of the Savannah River Basin about the drought levels concerning Thurmond Lake. 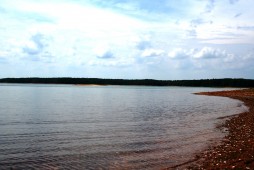 Here is the official Corps Press Release on the reduction in outflows from the three lakes in response to water levels reaching drought level 3.  The release also has links which will provide up to date information on boat ramp closings and where to find the twenty-eight page 2012 Drought Management Plan.  The Corps has promised to keep us informed.

Again, thanks to all of you who attended the Drought workshops.  They provided an excellent forum to get answers to the many questions of the Lake Region residents.  The turnout clearly showed the level of concern. If you have any further questions, please let us know.

SAVANNAH, Ga. –The U.S. Army Corps of Engineers Savannah District will reduce outflows from the three reservoirs it operates on the upper Savannah River Basin in response to water levels reaching drought level 3. Water managers will gradually reduce outflows from 3,800 cubic feet per second (cfs) to 3,100 cfs, based on a maximum daily average.

A gradual reduction in flow allows the U.S. Department of Fish and Wildlife to monitor the progress of the freshwater mussels adjusting to the shifting water level on the river banks.

“The large size of the reservoirs affords the public many reasons to visit, including boating, fishing, camping, and hiking,” said Melissa Wolf, Chief of the Natural Resources section for the Savannah District. “However, we encourage people to exercise caution when boating and swimming – and to wear life jackets when in, on, or near the water.”

Due to the lower reservoir levels, hazards such as tree stumps and other obstructions, normally far underwater are near or above the surface, according to Wolf. “There are too many hazards to mark so we encourage boaters to be safe and maintain low speeds on the lakes. The centerline of the reservoir channel is the safest place to operate,” she said.

The reservo irs enter drought level 3 when water levels for either Hartwell or Thurmond reservoir fall 14 feet below full pool. Full pool at Hartwell is 660 feet above mean sea level (ft-msl) and 330 ft-msl for Thurmond.

In addition to flow reductions, the Corps plans to make an exception to the conventional refill rates. Typically, the Corps increases outflows as the reservoirs refill. However, based on recent developing trend s of decreasing winter rains, Savannah District Commander Col. Jeff Hall has authorized the water manager to maintain the level 3 release (3,800 cfs) until the reservoirs return to full summer pool.

The Corps manages the Hartwell, Russell and Thurmond reservoirs as one balanced system, using water from the reservoirs for seven Congressionally-authorized purposes: water quality, water supply, recreation, fish and wildlife, flood risk management, navigation, and hydropower. During moderate to severe drought, priority is given to water quality (diluti ng downstream municipal and industrial discharges) and water supply (drinking water). Hydropower is only generated as a byproduct of releasing water for downstream purposes.

The 2012 Drought Management Plan can be found at http://water.sas.usace.army.mil/DroughtPlan/SRBDMP.pdf

For more information on current lake levels and projections, contact the Savannah District Corporate Communications Office at 912-652-5014, or visit the District’s lake-level website at http://water.sas.usace.army.mil.