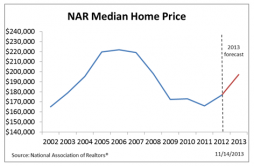 However, there has been a steady, significant increase in median home prices since the 2011 trough. While U.S. home values have not returned to the values seen in 2006, the great news is that they are slowly on their way back to normal levels.

And there is more great news for the Augusta area – smaller cities are faring better than their larger counterparts as far as home value recovery is concerned. The map below shows the difference between home values pre-recession and after. 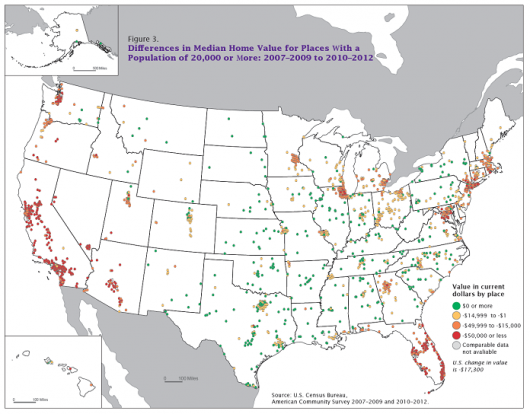