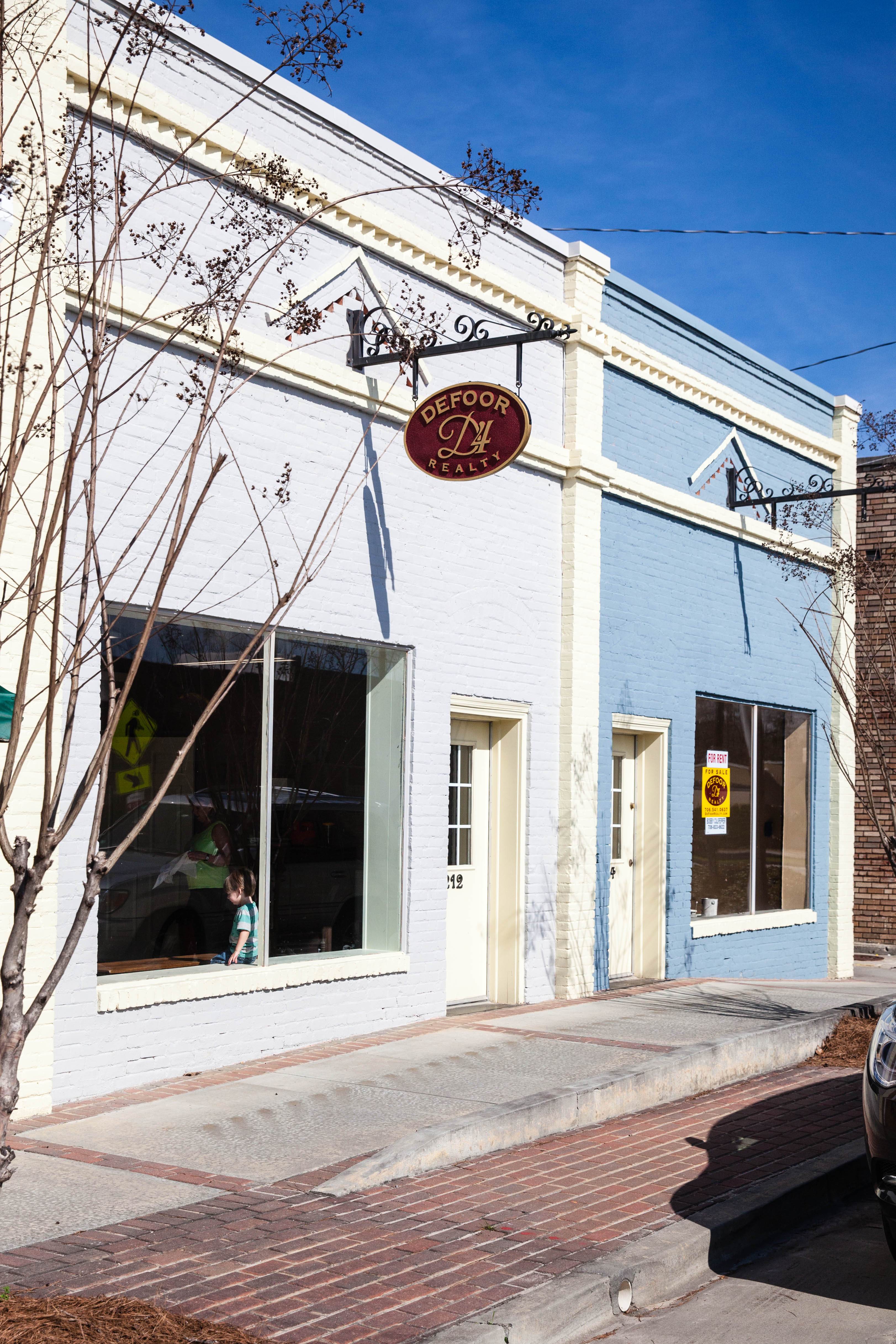 “The county, along with Grovetown and Harlem, is attracting new businesses as well. From retail and restaurants to grocery stores and service-oriented establishments, local residents have plenty of places to shop.

A 41,000-square-foot Walmart Neighborhood Market, which includes a grocery store, pharmacy and gas station, opened on Belair Road in January.

Site work for a new Kroger Marketplace started in August at William Few Parkway and Lewiston Road. The 114,000-square-foot facility is expected to include jewelry, decorative goods, apparel, office and school supplies, furniture and toys as well as traditional services such as in-store banking, a Starbucks coffee bar, a drive-through pharmacy and a fuel center. The 36-acre site also is expected to include 10,000 additional square feet of shop space and 12 retail out-parcels down William Few Parkway, Lewiston Road and Bluegrass Trail

For people who want a break from grocery shopping or cooking, several new restaurants have come to the county.

Gary’s Hamburgers opening on North Belair Road this winter, and Maryland Fried Chicken, which had been closed since 2014, reopened under new ownership in April in front of Walmart in Evans. Sam’s Hot Dog Stand opened on South Belair Road earlier this year, and Twisted Burrito opened in The Shoppes of Camelot in Evans in September. Two Dog Café also is expected to open in the Columbia County Library this month.

The Swank Co., a gift and clothing shop, opened a location on Furys Ferry Road in the Publix shopping center at the beginning of 2015. Due South, which carries Southern apparel and gifts, opened in late August in Furys Ferry Station.

Barney’s Pharmacy opened its newest location in August in the former KFC location on Furys Ferry Road. Red Wing Shoes is slated to open on Bobby Jones Expressway near Walmart by the beginning of October, and Stanley Steemer, along with Sweet and Green, moved to a new location near Adventure Crossing on Wheeler Road in September. Site work also has been done for Phase 2 of Mullins Crossing on Washington Road.

In the medical community, the eighth Primary Care center opened earlier this year on Evans to Locks Road in Martinez. Marshall Pines Alzheimer’s Special Care Center is slated to open this month on North Belair Road in Evans. Savannah River Dermatology moved from Furys Ferry Road to a larger facility on North Belair Road. Perfect Health, an urgent care and medical weight loss center, is under construction on Washington Road in Evans.

A building that housed a NAPA Auto Parts store and Martinez Masonic Lodge was razed on Washington Road earlier this year so that Jim Hudson Lexus can relocate to a larger facility on the corner of Pleasant Home and Washington roads.

Augusta Transmission Clinic opened on William Few Parkway in the Grovetown area in September. A Circle K is coming to Grovetown at the corner of Wrightsboro Road and Horizon South Parkway. According to Neal, the architecture of the building follows the city’s form-based zoning code. Adopted last year, the code uses physical form rather than separation of land uses as its guiding principle. “It will be one of the nicest gas stations in the CSRA,” says Neal.

An Ace Hardware store also is coming to Grovetown on Wrightsboro Road next to the IGA and across from WifeSaver.

“A hardware store has come up time and time again in our community planning events as the number one retail priority for the city, so we are excited to have it,” says Neal.

The city also is in negotiations with a major big box retailer, he adds.

GIW Industries is holding a grand opening this month to showcase its expanded facility outside of Grovetown. The three-year, multimillion-dollar expansion project includes a new distribution center as well as an additional foundry and heat-treat capacity. The expansion is expected to more than triple the manufacturing capabilities that GIW needs to produce and manufacture industrial castings for its global customers.

In January Goodwill Industries of Middle Georgia and the CSRA purchased a two-acre parcel of land near the Gateway Center entrance on Partnership Drive. The site is intended as a future home for a Job Connection center, which would provide job training, education and career development services to residents of western Columbia County and Grovetown. The facility also will include a donation drive-through and a Goodwill retail training store. Site work was expected to begin in September, and a groundbreaking ceremony could be held in early or mid-October.

“The overwhelming majority of new storefront businesses were established in the historic downtown,” says Will Butler, the city’s community development director.

“We have a historic downtown, and our new development adds to the sense of community that’s already here,” says Rizner. “We still have available retail space and lots of interest.

He also says a new Fort Gordon gate, which will be about a mile closer to Harlem than the Robinson Avenue gate, is in the planning stages.

Some familiar businesses are still in the area, but they have new names. For instance, First Bank of Georgia is now State Bank, and Dyer Kia on Washington Road in Evans is now Evans Kia.”

Check out the full article at the Columbia County Magazine’s Website.  http://columbiacountymag.com/features/whats-new