Free From The Drought 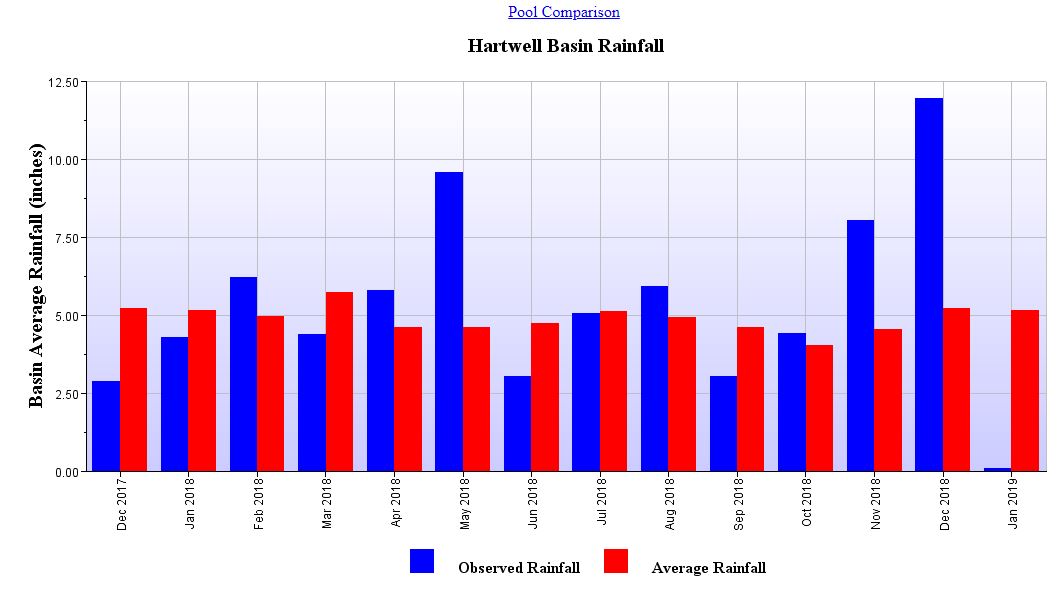 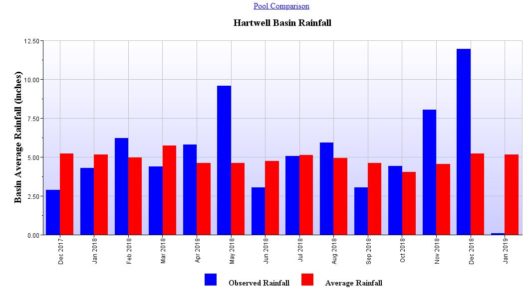 The Savannah River basin is finally free from the drought! For the last seven months, the sub-basin has exceeded their rainfall averages and the basin is finally over the drought from 2016. This, according the the Corp of Engineers newsletter. While this is excellent news, in late December, there was some concern as the reservoirs began to fill, runoff increased, and maintenance on Lake Thurmond’s gates required the Corps to maintain levels slightly below full pool.

According to project managers at the lake, work has been going smoothly and the crew is proceeding as quickly as possible. They say that at the rate they are going, they expect to be finished with the maintenance by the end of April.

2018 ranked the third highest all-time for total rainfall for the Thurmond sub-basin, and Thurmond was within 5 inches of it’s annual rainfall record. As for January, we’re still on track to reach our average rainfall.