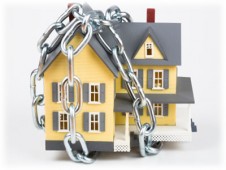 Foreclosure filings dropped 34 percent in August compared to levels from a year ago, driven mostly by a big drop in foreclosure starts, RealtyTrac reported this week.

“The foreclosure floodwaters have receded in most parts of the country, but lenders and communities continue to clean up the damage left behind, which means the recent uptick in bank repossessions is a trend that will likely continue into next year,” says Daren Blomquist, RealtyTrac’s vice president. “Meanwhile foreclosure flash floods will continue to hit some markets over the next few months as delayed foreclosure starts are quickly pushed into the pipeline. This was the case with the jump in Nevada foreclosure starts in August.”

Bank repossessions in August increased 6 percent, but were still down 25 percent from a year ago, RealtyTrac reports.

An improving economy, greater job creation, and improved personal financial conditions are all leading to a decline in foreclosures, notes Walt Molony, spokesperson for the National Association of REALTORS®.