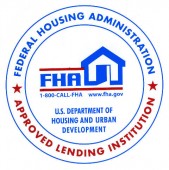 People from all walks of life have used an FHA guaranteed loan to finance their first home, whether it was $70,000 or $200,000. The FHA has helped thousands of people afford their dream home – and therein the problem lies.

While housing stats are finally on the rise again, the FHA reported last month that it was $34.5 billion shy of its legal capital requirement for the fiscal year 2012 – a decrease of about $13.5 billion, according to The Atlantic. Is the FHA overstepping its capacity to continue to help Americans afford homes?

After the bailouts of Fannie Mae and Freddie Mac in 2008, much of the loan risk was transferred to the FHA. It grew substantially to the point where it now guarantees 30 percent of all new home mortgages in the U.S. But are those loans secure? Of that 30 percent, 1 in 6 are delinquent within 30 days or more, a likely contributing factor to the FHA’s recent dip in capital. Around 40 percent of guaranteed loans by the FHA are made to individuals with either one or two “subprime attributes,” according to The Atlantic, which means they either had “a FICO score below 660 or a debt ratio greater or equal to 50 percent.”

The FHA process may need to be refined in order to save itself from the same fate as Fannie and Freddie. One major option may include being more selective of who is eligible to receive a loan – raising the FICO score, lowering the debt ratio. Another may be referring some people to private lenders that may be more appropriate. What actions do you think Congress should take to brighten the future of the FHA?

Read more about this topic and more possible solutions at The Atlantic.