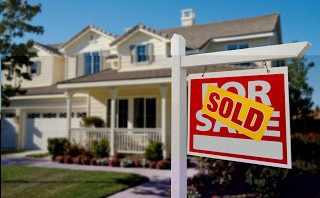 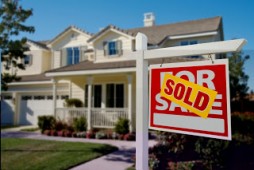 From: The National Association of Realtors

Existing-home sales edged up in December, sales for all of 2013 were the highest since 2006, and median prices maintained strong growth, according to the National Association of Realtors®.

Total existing-home sales, which are completed transactions that include single-family homes, townhomes, condominiums and co-ops, increased 1.0 percent to a seasonally adjusted annual rate of 4.87 million in December from a downwardly revised 4.82 million in November, but are 0.6 percent below the 4.90 million-unit level in December 2012.

For all of 2013, there were 5.09 million sales, which is 9.1 percent higher than 2012. It was the strongest performance since 2006 when sales reached an unsustainably high 6.48 million at the close of the housing boom.

Lawrence Yun, NAR chief economist, said housing has experienced a healthy recovery over the past two years. “Existing-home sales have risen nearly 20 percent since 2011, with job growth, record low mortgage interest rates and a large pent-up demand driving the market,” he said. “We lost some momentum toward the end of 2013 from disappointing job growth and limited inventory, but we ended with a year that was close to normal given the size of our population.”

The median existing-home price for all housing types in December was $198,000, up 9.9 percent from December 2012. Distressed homes – foreclosures and short sales – accounted for 14 percent of December sales, unchanged from November; they were 24 percent in December 2012. The shrinking share of distressed sales accounts for some of the price growth.

Ten percent of December sales were foreclosures, and 4 percent were short sales. Foreclosures sold for an average discount of 18 percent below market value in December, while short sales were discounted 13 percent.

Total housing inventory at the end of December fell 9.3 percent to 1.86 million existing homes available for sale, which represents a 4.6-month supply at the current sales pace, down from 5.1 months in November. Unsold inventory is 1.6 percent above a year ago, when there was a 4.5-month supply.

The median time on market for all homes was 72 days in December, up sharply from 56 days in November, but slightly below the 73 days on market in December 2012. Adverse weather reportedly delayed closings in many areas. Twenty-eight percent of homes sold in December were on the market for less than a month, down from 35 percent in November, which appears to be a weather impact.

Short sales were on the market for a median of 122 days in December, while foreclosures typically sold in 67 days and non-distressed homes took 70 days.

NAR President Steve Brown, co-owner of Irongate, Inc., Realtors® in Dayton, Ohio, said that with jobs expected to improve this year, sales should hold even despite rising home prices and higher mortgage interest rates. “The only factors holding us back from a stronger recovery are the ongoing issues of restrictive mortgage credit and constrained inventory,” he said. “With strict new mortgage rules in place, we will be monitoring the lending environment to ensure that financially qualified buyers can access the credit they need to purchase a home.”

First-time buyers accounted for 27 percent of purchases in December, down from 28 percent in November and 30 percent in December 2012.

Existing-home sales in the West rose 4.8 percent to a pace of 1.09 million in December, but are 10.7 percent below a year ago. Inventory is tightest in the West, which is holding down sales in many markets, and multiple bidding is causing it to experience the strongest price gains in the U.S. The median price in the West was $285,000, up 16.0 percent from December 2012.