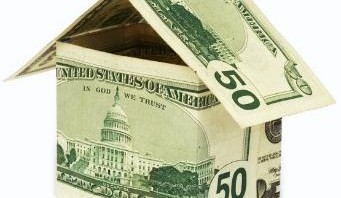 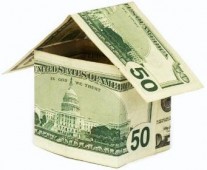 The National Association of Realtors said Monday that sales of re-sold homes fell 1.9 percent last month to a seasonally adjusted annual rate of 5.29 million. That’s down from a pace of 5.39 million in August, which was revised lower.

The sales pace in August equaled July’s pace. Both were the highest in four years and are consistent with a healthy market.

Mortgage rates rose sharply over the summer from their historic lows, threatening to slow a housing recovery that began last year and has helped drive modest economic growth.

Price increases may be slowing because more homes are finally coming on the market. The supply of available homes rose 1.8 percent from a year ago to 2.21 million, the first year-over-year increase in 2 ½ years.

The limited number of homes for sale is a key reason prices have risen so fast in the last year.

But many economists expect home sales will remain healthy, especially now that rates have stabilized and remain near historically low levels. Final sales in September reflected contracts signed in July and August, when rates were about a percentage point higher than in May.

The average rate on a 30-year fixed mortgage was 4.28 percent last week, down from a two-year high of 4.58 percent in August. That’s also far below the 30-year average of 7 percent, according to Bankrate.com.

The economy is growing modestly and employers are adding jobs at a slow but steady pace. That’s helped a growing number of Americans buy homes.

Still, many first-time buyers have been unable to enter the market. They made up just 28 percent of purchases in September, down from 32 percent a year ago. In healthier housing markets, they typically make up at least 40 percent of buyers.

First-time buyers are having trouble qualifying for loans because many banks have adopted tougher lending restrictions and higher down payment requirements since the housing bubble burst.

In their place, investors and Americans willing to pay cash are playing an outsize role in sales. Cash purchases made up 33 percent of September’s sales, up from 28 percent a year ago.

Borrowing rates began to rise in May after Federal Reserve Chairman Ben Bernanke suggested that the Fed could start to slow its monthly bond purchases by the end of the year. The purchases are intended to keep interest rates low and stimulate the economy.

But the Fed decided against slowing its purchases at its September meeting, citing weak economic data and looming budget battles in Washington. The budget fights led to a partial government shutdown Oct. 1. The nation’s borrowing limit was increased but only at the last minute. Economists have cut their forecasts for growth in the October-December quarter by about a half-percentage point because of the shutdown and debt limit fight.

As a result, many economists think the Fed won’t slow its bond purchases until January or even later. That’s likely to keep mortgage rates low well into the new year.