Corps revamps ‘Wear It to Win It’ water safety campaign 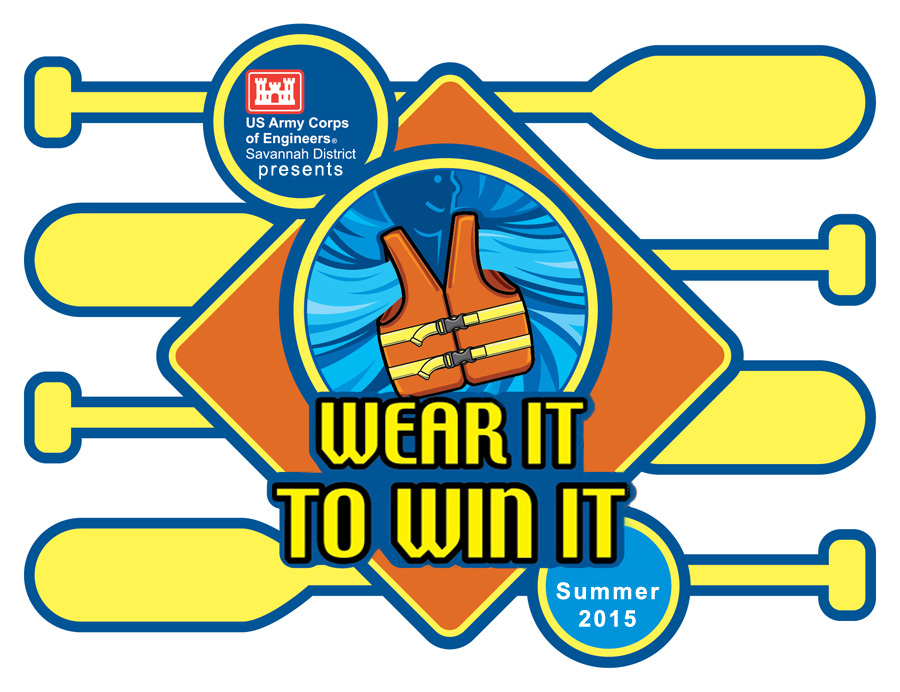 Posted on May 14, 2015 by US Army Corps of Engineers Savannah District

This summer, the U.S. Army Corps of Engineers Savannah District is giving the public another reason to be safe while enjoying the great outdoors.

As part of its ‘Wear It to Win It’ campaign, the Corps will award prizes each week to individuals who demonstrate creativity and class while wearing their life jackets.

Entering the contest is simple: Post a photo of yourself, family members or friends wearing a life vest on the Savannah District’s Facebook page or tweet it to @SavannahCorps with the hashtag #WearIt.

Each Wednesday from June 1 through July 10, the Savannah District’s Corporate Communications Office will choose one winning photo from those submitted during the previous calendar week.

Prizes include a choice of either a two-night camping stay or a picnic shelter reservation and day-use pass to Corps-managed facilities at Hartwell Lake and J. Strom Thurmond Lake.

Additionally, winners will receive a Coast Guard-approved Type IV personal floatation device and a distress whistle courtesy of Sea Tow Clarks Hill/Thurmond Lake. Winners will be announced and notified via the social media site on which they submitted the photo.

Photos will be judged based on subject matter, creativity and overall emphasis on water safety.

Note: Savannah District employees and their immediate family members are not eligible to enter the contest.

For questions about the Wear It to Win It campaign, contact Jeremy Buddemeier at 912-652-5450 or email Jeremy.S.Buddemeier@usace.army.mil.